Storyline:A Korean man is sentenced to death by hanging, but he survives the execution. For the following two hours, his executioners try to work out how to handle the situation in this black farce.User Reviews: This ...

Storyline:Gang-du is a dim-witted man working at his father's tiny snack bar near the Han River. Following the dumping of gallons of toxic waste in the river, a giant mutated squid-like appears and begins attacking th...

Storyline:Stagnant since 1903, at an elevation of 9000', a volcano erupts on the mythical and majestic Baekdu Mountain.User Reviews:

Storyline:In winter, a mother and her daughter live together alone. The daughter, a high school student, accidentally reads a letter to her mother and finds out the secret her mother has been hiding all her life.User ...

Storyline:In the 15th century, despite so many accomplishments he has made for the people, King Sejong, his biggest goal is still remaining; the invention of original letters that can be read and written by all the pe...

Storyline:A drug squad attempts to take down a criminal organization and they must go undercover to do so, so they begin working at a chicken restaurant, that becomes famous for its delicious chicken. Due to the unexp... 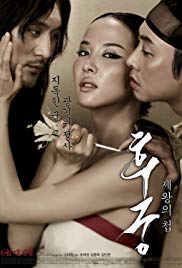 Storyline:A tragic love triangle story between Hwa-Yeon, a daughter of a nobleman, her true love Kwon-Yoo, a servant and the man who will be King, Prince Sungwon.User Reviews: The previous reviewer dwelled on the peni...