Storyline:After his mother suffers a stroke, Ben Hardin returns to his rural hometown to care for her and complete his most recent book. While home, his relationships with family and friends are strained and tested. ...

Storyline:In this modern-day vision of Mother Mary's pilgrimage, a woman crosses the American Southwest playfully deconstructing the woman’s role in a world of roles.User Reviews:

Storyline:Crystal and her boyfriend Leo embark on a tense and mysterious road trip through the desolate yet hauntingly beautiful landscape of central Florida.User Reviews:

Storyline:A small town gorilla joins a local TV program and a series of on-air mishaps threaten to shatter his identity, sending him on an adventure of self-discovery where reality and fantasy start to blend.User Revi...

Storyline:A fashion photographer is traveling to meet his sister at Eden Parish. Once there, his friends begin to film interviews with the Eden Parish inhabitants, all of whom speak of the commune in glowing terms. Ho... 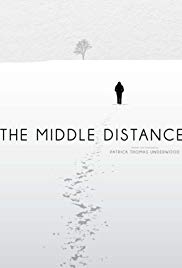 Storyline:Following his father's death, Neil--a wounded man who armors himself with an all-too-effective combination of work, whiskey, and women--journeys back to the Midwest for the first time in years to help sell t...