Storyline:One day, after returning from work late in the evening, Hideo witnesses a traffic accident in which a car crashes into a nearby pedestrian, killing the victim instantly. However, despite severe injuries incl...

Storyline:Luca follows in his father's footsteps to rescue his mother from evil Ladja. Finding the heavenly hero who wields the Zenithian sword is his only hope.User Reviews:

Storyline:Akira is widowed and left with a pre-teen stepson. Travelling with him to her late husband's hometown, she meets her odd father-in-law and yet decides to make a go of living and working there. She attends tr...

Storyline:Ninako Kinoshita has never been in love until an encounter with the school's most popular boy, Ren Ichinose, leads the two to befriending each other. Ren's patient and kind personality is a far cry from his ...

Storyline:Shinichiro Kiyama is completely alone in the world. One day, he realizes he possesses User Reviews:

Storyline:A high school girl, Sayaka Kudō was the bottom of the class. After a year, she improved her deviation value from 30 to 70, then passed Keio University that is considered one of the most difficult to enter in...

Storyline:A 12-year-old girl is sent to the country for health reasons, where she meets an unlikely friend in the form of Marnie, a young girl with long, flowing blonde hair. As the friendship unravels it is possible ... 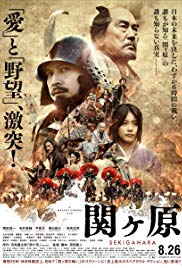 Storyline:The background to and depiction of a watershed battle in Japanese history, at Sekigahara in 1600, when Tokugawa Ieyasu's Army of the East defeated the Army of the West of Ishida Mitsunari. The story includes...