Storyline:Harold Lee and Kumar Patel are two stoners who end up getting the munchies. What they crave the most after seeing a TV advertisement, is a trip to White Castle. So from here, follows a journey for the burger...

Storyline:Four troubled orphans from four separate movie scenarios who are bound together in a wacky chocolate factory after receiving golden tickets to go on an 'epic adventure.' After they escape from the clutches o...

Storyline:A brave and resourceful girl becomes a royal detective in India after solving a mystery that saved the kingdom's young prince.User Reviews: Straight from the mind of Elena Of Avalor writer Becca Topol and Mi...

Storyline:A senator arranges for his son, a rich white kid who fancies himself black, to be kidnapped by a couple of black actors pretending to be murderers to try and shock him out of his plans to become a rapper.Use...

Storyline:Taj Mahal Badalandabad leaves Coolidge College behind for the halls of Camford University in England, where he looks to continue his education, and teach an uptight student how to make the most out of her ac...

Storyline:Six years have elapsed since Guantanamo Bay, leaving Harold and Kumar estranged from one another with very different families, friends and lives. But when Kumar arrives on Harold's doorstep during the holida...

Storyline:American-born Gogol, the son of Indian immigrants, wants to fit in among his fellow New Yorkers, despite his family's unwillingness to let go of their traditional ways.User Reviews:

Storyline:High school loser (Cannon) pays a cheerleader (Milian) to pose as his girlfriend so he can be considered cool. Remake of 1987's Can't Buy Me Love, starring Patrick Dempsey.User Reviews:

Storyline:A top Hollywood talent agent finds his cushy existence threatened when he discovers that his wife is cheating on him and that his journal has been swiped by a reporter out to bring him down.User Reviews: In ...

Storyline:Frustrated by the hypocrisy they see in their parents, teachers, and the entire school board, an unlikely trio set out to find a common truth and make their voices heard as they revive a defunct school club ... 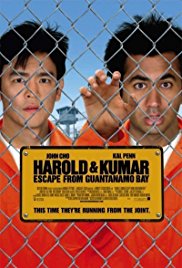 Storyline:The morning they return from their White Castle road trip, Harold and Kumar decide to go to Amsterdam because Harold doesn't want to wait ten days to see Maria again. On the plane, Kumar lights up his new bo...