Storyline:In the small town of Paradise, Massachusetts, the experienced Chief of Police Jesse Stone is investigating a murder and a rape case. When a series of murders happen with the same "modus-operandi", Jesse disc...

Storyline:After being denied a promotion at the university where she teaches, Doctor Lily Penleric, a brilliant musicologist, impulsively visits her sister, who runs a struggling rural school in Appalachia. There she ...

Storyline:A movie serial in 13 chapters, and Lionel Atwill's final film: Following the end of WWII, war-monger Sir Eric Hazarias sets the wheel in motion for WWIII. His search for Meteorium 245, the only practical de...

Storyline:Music From Another Room is a romantic comedy that follows the exploits of Danny, a young man who grew up believing he was destined to marry the girl he helped deliver as a five year old boy when his neighbor...

Storyline:In the small town of Mumford, a psychologist of the same name moves in and quickly becomes very popular, despite a questionable past.User Reviews: 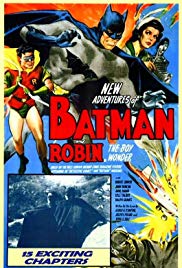 Storyline:Antisocial Prof. Hammil's Remote Control device, which enables the user to take over any motor vehicle within 50 miles (!), is stolen by The Wizard, black-hooded mastermind, and his gang. Batman and Robin (w...