Storyline:Yiu-Kwok is a high school teacher, having a perfect family. Good times don't last long, when a student, Choy-Nam, falls in love with him. For dealing with a relationship with Mr. Seng, a beloved teacher of t...

Storyline:Two hitmen, both good friends who work for the Triad, get a new partner, a nervous young rookie who starts off badly by blowing an assignment, but soon becomes proficient at his bloody work. When one of them...

Storyline:A low-level triad "big brother" has a hot-tempered "little brother" who can't keep out of trouble, and consequently is in constant need of being bailed out by his protector. The "big brother" is super cool, ...

Storyline:Two shopkeepers are set up on a blind date by well-meaning relatives, despite the fact that they both have somebody else on their mindsUser Reviews:

Storyline:Something fishy is going on in the anti-Drug Trafficking Unit of the HK Police, and only a few honest cops know that the corruption goes all the way to the top. However, they must prove their case quickly, a...

Storyline:Having slept for a century, the monstrous Tree Devil is now awaken and starts finding lost souls again. One stormy night, a wise High Priest and his student Fong pass by the Orchid Temple and realize that it...

Storyline:Several years after his beloved Nieh has gone, Ning is innocently put into jail. Luckily, he meets a scholar, Elder Chu Kot, in the prison who finally helps him escape. Ning then meets a young witty monk Aut...

Storyline:George Lam is a famous conductor, Maggie Cheung an auto-mechanic; he rides a portable bicycle, she a motorcycle. Somehow, together, they find time to deal with some troublesome teens (Jacky Cheung, Vivian Ch...

Storyline:A love triangle develops during the making of a musical in mainland China.User Reviews: 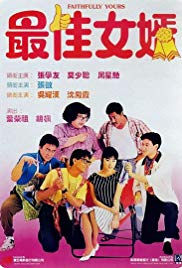 Storyline:Playboy Hong Kong Barber Happy Chan opens a fashionable new salon, right next to an old-fashioned Shanhainese barber shop. Its owner, Chuk, is furious at this development and starts a quarrel with Chan and h... 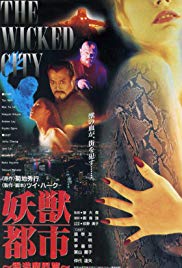 Storyline:Taki is assigned to go after Daishu, a businessman who is suspected by the police to be selling the drug "happiness", a drug from the Rapter's world that causes people to "evaporate" if they stop taking it. ...