Storyline:A jealous dance mom takes extreme measures to ensure her daughter wins a scholarship to an exclusive dance academy. But the victim's mother will do whatever necessary to protect her own daughter from the riv...

Storyline:Follows 20-year-old Drea, who reluctantly takes a job babysitting for a professor of a college she hopes to attend. Struggling to entertain the professor's children Trissy and Jake, along with her own little... 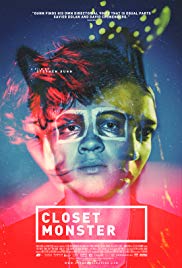 Storyline:8-years-old Oscar Madly became traumatized. Around the same time that his mother left their family (with Oscar firmly taking his dad's side), Oscar witnessed a gay hate crime at school that left the victim b...