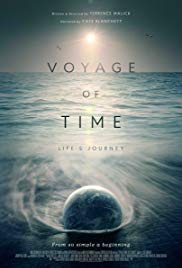 Storyline:An exploration into our planetary past and a search for humanity's place in the future. With narration by Cate Blanchett.User Reviews: Viewed by Larry Gleeson during the 73rd Venice International Film Festiv...