Storyline:June 1944. The allied troops have landed in Normandy and are fighting in France. A group of seven Dutch resistance fighters receive an important mission to help the allied advance into occupied Europe. Howev...

Storyline:The British Army, retreating ahead of victorious Rommel, leaves a lone survivor on the Egyptian border who finds refuge at a remote desert hotel. He is helped by the hotel's owner, despite protest from the F... 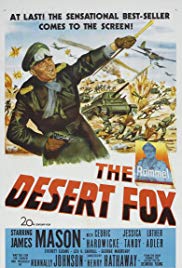 Storyline:This biopic follows Rommel's career after the Afrika Korps, including his work on the defenses of Fortress Europe as well as his part in the assassination attempt on Hitler, and his subsequent suicide. ...