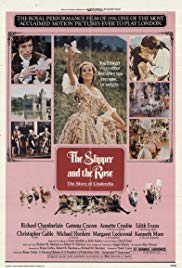 The Slipper and the Rose: The Story of Cinderella (1976)

Storyline:In the tiny kingdom of Euphrania, the King and his court are most anxious to get Prince Edward wed. But Edward wants to marry for love. Meanwhile, young Cinderella finds life drastically altered with her fat...