Storyline:During the Irish Civil War in 1922, a family earns a big inheritance. They start leading a rich life, forgetting what the most important values are.User Reviews: Hitchcock second sound feature is drama/comed...

Storyline:Lt. Cranford lives the life of a playboy sportsman until the outbreak of war when he joins the Royal Navy and is assigned to convoy protection duties. The convoy is a part of the vital supply chain that is a...

Storyline:An Army deserter, still a fugitive in Post-War Britain, wanders into a pawn-shop robbery and finds himself wanted for murder. He meets a war widow who helps him elude the police while he looks for the real c...

Storyline:An old traditional family and a modern family battle over land in a small English village and almost destroy each other.User Reviews:

Storyline:When a woman is convicted of murder, one of the jurors selected to serve on the murder-trial jury believes the accused, an aspiring actress, is innocent of the crime and takes it upon himself to apprehend th... 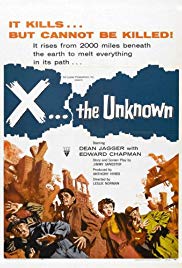