Storyline:Sequel to 1973's That'll Be The Day. Jim McLain is now enjoying the nomadic 'gigs and groupies' life on tour with his band. When he achieves all his wildest dreams of international stardom, the sweet taste o... 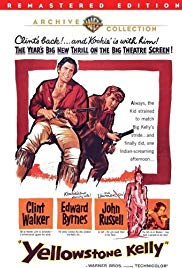 Storyline:A fur-trapper named Kelly, who once saved the life of a Sioux chief, is allowed to set his traps in Sioux territory during the late 1870s. Reluctantly he takes on a tenderfoot assistant named Anse and togeth...