Storyline:Dr. Herbert Bock (George C. Scott), the chief of medicine in a New York City teaching hospital, is contemplating suicide. He's impotent, his wife has left him, and his children aren't speaking to him. His ho...

Storyline:George Lazenby steps into the role of James Bond and is sent on his first mission. For help with Marc-Ange Draco (Gabriele Ferzetti), he must become very close friends with his daughter, Teresa "Tracy" (Dame...

Storyline:The Assassination Bureau has existed for decades (perhaps centuries) until Diana Rigg begins to investigate it. The high moral standing of the Bureau (only killing those who deserve it) is called into questi...

Storyline:A British medical doctor fights a cholera outbreak in a small Chinese village, while also being trapped at home in a loveless marriage to an unfaithful wife.User Reviews:

Storyline:Morgan Leafy is a secretary to the British High Commissioner to an Africa nation. Leafy is a man that makes himself useful to his boss, the snobbish Arthur Fanshawe, who has no clue about what's going on aro... 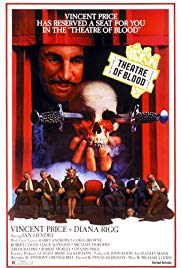