Storyline:Mrs. Malhotra's (Reema Lagoo) twin sons were separated at birth, so now she only has one son beside her. Since then she has been in shock and confined to a wheelchair in the USA. Quiet and mature Prem (Salma...

Storyline:Raju is a poor coolie who falls in love with a rich girl. He pretends to be rich and tells one big lie after another to marry her.User Reviews: 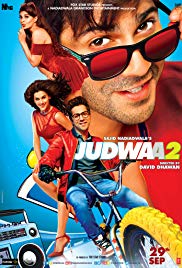 Storyline:Two brothers (twins) born to an honest businessman are separated at birth when their father exposes a smuggling racket and a king pin. One of the brothers is thought to be dead but only resurfaces stronger a...