Storyline:Frazzled cop Fong Lai Kuen is promoted after her heroic deeds. However, after a series of bumbles, she is nearly kicked off the force after she attacks the VIP she is supposed to be protecting. It turns out ...

Storyline:A young policewoman is picked for an undercover job--getting close enough to a gangster's son so that she can plant a microphone at a table where the gangsters make their deals. Complications arise when she ...

Storyline:A stockbroker working with a crime syndicate is hurt in a car accident while attempting to evade a surveillance operative.User Reviews: Despite being billed as one of the best Hong Kong movie in 2011, Overhe...

Storyline:About the early years of Yang Luchan, a Tai chi master. The man who founded Tai Chi in the 19th century and what has now become the most popular Tai Chi style in the world. The second instalment of the "Tai ...

Storyline:A trio of police officers conduct surveillance on a listed company.User Reviews: The key deal in the film is about information, and how it is King, and can be used as a tradable commodity from making money, ...

Storyline:A special agent has for 8 years been deep undercover in Asia's lucrative organized crime trade as he plays protégé to one of the key players, Banker. Nick now has but he has started to feel loyalty to his ne...

Storyline:Details the workings of a mysterious assassination organization, (codenamed: Naked Weapon), led by its globally feared and master assassin, Fiona Birch. It essays the modus operandi of Fiona where she assass...

Storyline:Mainlander & financial analyst Cheng Zixin (Gao Yuan-Yuan), who followed her then boyfriend Owen (Terence Yin) to Hong Kong, runs into her ex-boyfriend while riding the bus. Owen is now with his pregnant...

Storyline:907 AD, the Tang Dynasty in China. The movie is set in an empire in chaos. The Emperor, the Empress, the Crown Prince, the Minister and the General all have their own enemies.User Reviews:

Storyline:The peaceful realm of Azeroth stands on the brink of war as its civilization faces a fearsome race of invaders: orc warriors fleeing their dying home to colonize another. As a portal opens to connect the two...

Storyline:In China, the poor worker Tietou repairs tractors and misses his sweetheart Xiu Xiu, back in Japan, she having never sent any news to her family or him. While illegally emigrating to Japan, Tietou loses his ... 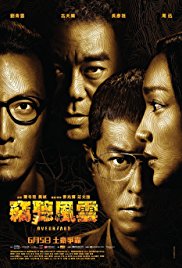 Storyline:In the 1970s, the Hong Kong government enacted a policy that granted each male heir of New Territories villagers the privilege to build a house without paying any dues to the government. Since then, those gr...