Storyline:It was the largest surveillance operation in British history, involving 800 agents monitoring 24 suspects around the clock in order to thwart a fiendish terrorist plot. Host Damian Lewis examines the 2006 jo...

Storyline:At a time when the Cold War spying game was in full swing, Oleg Gordievsky was one of the KGB's rising stars...and biggest traitors. For years, he provided top-secret Russian intelligence to the British, but...

Storyline:Chuck returns to his alma mater to pursue an opportunity. Axe's big venture is sidelined by a family crisis. Taylor asserts independence with a risky play. Chuck puts Wendy in an awkward position.User Reviews:

Storyline:Axe chases a play at Mike Prince's conference. Chuck wrestles with his demons and chooses a new path. Wendy takes the lead as Axe Cap faces a threat. Taylor confronts a figure from their past.User Reviews:

Storyline:Bobby Axelrod reaches a major milestone. Chuck struggles to get his bearings, and he and Wendy navigate a new normal. Tensions are high at Axe Cap now that Taylor Mason is back. Axe faces off against new riv...

Storyline:Will is an 2012 British sports drama directed by Ellen Perry and starring Damian Lewis, Jane March and Bob Hoskins. .At the start of the film, eleven year-old Liverpool fan Will Brennan is at a boarding scho...

Storyline:An enigmatic outsider living on a remote Scottish island finds herself caught between her minister husband and the delinquent who is sent to live with them.User Reviews: 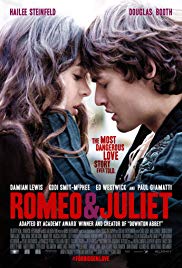 Storyline:In the city of Verona, two families have a prolonged and ancient feud. The Montagues and the Capulets co-exist under the stern eye of the Prince, but the hatred between the families threatens all, in particu...