Storyline:An ugly, misshapen podiatrist ingests a formula made by a colleague and turns into a handsome, devil-may-care (but violent) ladies' man.User Reviews:

Storyline:In 1896, Jeff Webster sees the start of the Klondike gold rush as a golden opportunity to make a fortune in beef...and woe betide anyone standing in his way! He drives a cattle herd from Wyoming to Seattle, ... 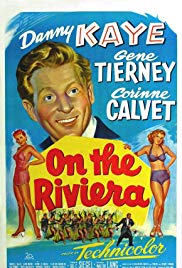 Storyline:Jack Martin (Danny Kaye), an American entertainer working cabarets on the French Riviera, does an impersonation of philandering industrialist Henri Duran (Kaye, again) so convincingly that even Duran's beaut...