Storyline:In a town in the Northwest of the province of Buenos Aires, a group of neighbors is organized to recover the economy of the area, but when the Corralito is implemented in the country and they suffer a fraud,...

Storyline:1973. Uruguay is governed by a military dictatorship. One autumn night, three Tupamaro prisoners are taken from their jail cells in a secret military operation. The order is precise: "As we can't kill them, ... 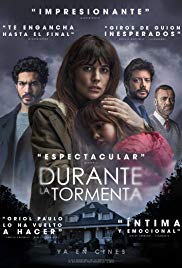 Storyline:On November 9, 1989 (the same day the Wall of Berlin falls), Nico is a 12-year-old boy passionate about videotaping himself while playing guitar. He is being raised by his single mother María. On the same ni...