Storyline:After her mother commits suicide, nineteen year old Lucy Harmon travels to Italy to have her picture painted. However, she has other reasons for wanting to go. She wants to renew her acquaintance with Nicolo... 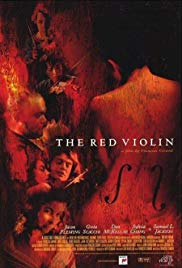 Storyline:In present day Montreal, a famous Nicolo Bussotti violin, known as "the red violin," is being auctioned off. During the auction, we flash back to the creation of the violin in 17th century Italy, and follow ...