Storyline:Anna Mae Bullock always had a special voice. Soon after arriving in St. Louis to live with the mother who had walked out when she was small, she soon attracts the attention of pop group leader Ike Turner. Sh...

Storyline:"Strange Fruit" had everything that makes a legendary rockband: money, fame, success, groupies, a singer who died of drugs, and even a divine ending, when lightning struck the stage during an open-air concer...

Storyline:Breaking Glass is the story of punk singer Kate and her meteoric rise to stardom. Starting out in the rock pubs of London, Kate, assisted by her manager Danny, becomes a huge star overnight. Once at the top ... 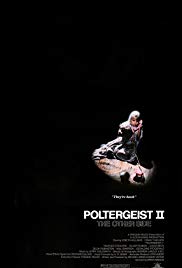 Storyline:The Freeling family move in with Diane's mother in an effort to escape the trauma and aftermath of Carol Anne's abduction by the Beast. But the Beast is not to be put off so easily and appears in a ghostly a...