Storyline:A World War II satire that follows a lonely German boy whose world view is turned upside down when he discovers his single mother is hiding a young Jewish girl in their attic. Aided only by his idiotic imagi... 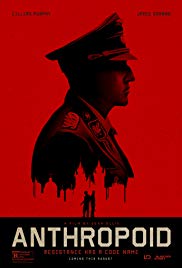 Storyline:ANTHROPOID is based on the extraordinary true story of Operation Anthropoid, the World War II mission to assassinate SS General Reinhard Heydrich. The Reich's third in command after Hitler and Himmler, Heydr...