Storyline:One Rolls-Royce belongs to three vastly different owners, starting with Lord Charles, who buys the car for his wife as an anniversary present. Another owner is Paolo Maltese, a mafioso who purchases the car ... 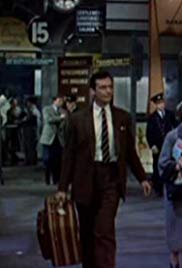 Storyline:An American tourist on a day trip to Sussex from London inadvertently finds himself at Glyndebourne Opera House in Sussex where he learns to appreciate Opera.User Reviews: This was a delightful short puff fo...