Storyline:A story of intergenerational friendship and coming of age, set in the world of ultras culture during the last five weeks of a soccer championship.User Reviews: 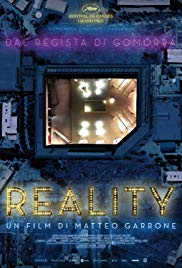 Storyline:Luciano is a Neapolitan fishmonger who supplements his modest income by pulling off little scams together with his wife Maria. A likeable, entertaining guy, Luciano never misses an opportunity to perform for...