Storyline:A high-school student Yoshiro has never got a spotlight in his life and spends his days aimlessly. What only shines in his life is a girl Sae at his school. Even if being completely disregarded by her, he st... 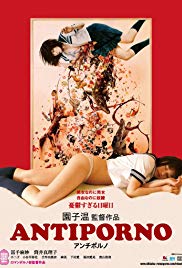 Storyline:Young artist Kyoko (Ami Tomite) wreaks havoc on everyone that she encounters, her worst being reserved for simpering older assistant Noriko (Mariko Trutsui), whom she routinely humiliates-or at least that's ...