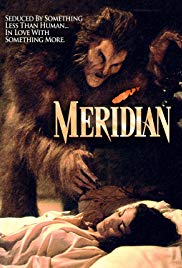 Storyline:
Gina, an American art student who moved to Italy to work as an art restorer, is asked by the priest of the local gothic church to clean up an old painting that was found there and which may contain a second, hidden painting that was painted over for some reason. Gina later visits her best friend Catherine who’s inherited a nearby castle where she once lived before moving to America as a child. Her old nanny is now the only other person there. The two girls visit a traveling sideshow carnival and invite the performers to the castle for dinner. Both girls fall for the handsome leader of the carnival who unfortunately turns out to be an evil magician and serial rapist. He and his evil dwarf minion drug the girls’ drinks and have their way with them. The magician then takes Catherine to his twin brother who has turned into a beastman due to a curse to have sex with her while she’s still out. In the morning the girls wake up barely remembering what happened. Gina leaves to work on the …
User Reviews: Leonard Maltin’s review of "Meridian" is just plain hilarious; he says something along the lines of "never really takes off, despite extensive nudity." I couldn’t agree more. Sherliyn Fenn and Charlie Spradling are two incredibly gorgeous actresses, and they’re topless for what seems like forever, yet this movie is still utterly interminable. I’m told that this turkey is a re-telling of "Beauty and the Beast," and I suppose it is…there’s a beast, all right…but I can never seem to make the mental link between that classic fairy tale and this totally duff B-movie crap. Yeah, it’s "Beauty and the Beast" all right…as a slow-paced softcore porn.

Best line? When the villain says to his brother, "I love you…but I also DETEST you!"