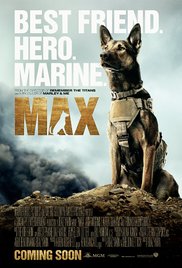 Storyline:
When Kyle Wincott is killed in the war, his war dog, Max, suffers from stress. Max is to be put down because he has trouble listening to anyone else, until he meets Justin, Kyle’s brother. Justin adopts and saves Max. Then both of their lives will never be the same again.
Written by
anonymous
User Reviews: Who are these naysayers panning this film? They obviously lack hearts and/or pets. And what is wrong with a predictable movie about a heroic army dog? I found the script actually ambitious in trying to cover a wide gamut of issues. But always at the core of the film is great love for Max and the central characters. It’s a family film filled with the angst that everyone experiences in family relationships. It’s also filled with great love within the family and the challenges that come with expressing it. The action sequences are breathtaking! I was actually relieved that it was a Disney movie because in the scariest of moments, I hoped Disney wouldn’t break my heart. I don’t think children under 7 should see this without parents nearby to hold their hands. Tissues are recommended for all but the hardest hearted movie critics.