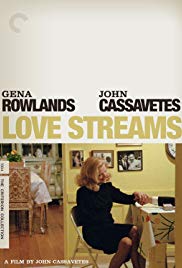 Storyline:
The film describes a few days in the life of the writer Robert Harmon and his sister Sarah. The decadent life of Robert is made of alcohol, cigarettes, and short-time relationships with women; women he interviews for a book, he spends a weekend with at a casino or fall in love with for the fun of an evening. Having no constraints, he his unable to be responsible for anything including the care of his son, leaving him alone in an hotel room and teaching the 8-years old boy how to drink. His life is made of his own phantasms as an artist. His sister is divorcing from her husband because of her exuberant and insane behavior. She scares her daughter Debbie who prefers to stay with her father, a decision that hurts Sarah very deeply and reinforces her nervous breakdown. Most of the movie takes place in the house of Robert. We watch Robert and Sarah struggling with their own lives. As the movie progresses, the house gets empty little by little…
Written by
Cyril Aubaud ([email protected])
User Reviews: One of the Great American directors (directing and starring in his last great film) with his wonderful Gena Rowlands told an American tale as old as the Hollywood hills in the dreaded 80’s film wash-out era. Check it – a writer who lives with a bunch of beautiful "hookers, babes, whoever these chicks are" while he gets his stuff together while his unhappily married sister (G. Rowlands) is having a bad decade, you have the beginning of a story.

The plot alone with some wonderful performances by bit players and some clueless extras and a kid that Cassavets has scenes with (like he did in Marvin and Tige; just acting) that are VERY REAL and so non mainstream, I can’t believe this wasn’t a HIT in the mid 80’s. I’ve been a film buff for 37 years and this should be shown at Christmas, instead of that horrifying Jimmy Stewart "It’s a Wonderful Life" bad want-to-be Rod Serling story about Americans and their foibles. Check this out, even if you’re not a Cassavetes fan. It will be well worth your time and effort and Gena Rowlands is wonderful in it. 9 out of 10.