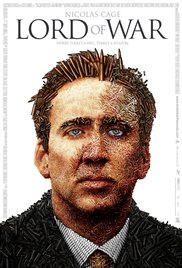 Storyline:
This film charts the rise and fall of Yuri Orlov, from his early days in the early 1980s in Little Odessa, selling guns to mobsters in his local neighbourhood, through to his ascension through the decade of excess and indulgence into the early 90s, where he forms a business partnership with an African warlord and his psychotic son. The film also charts his relationship through the years with his younger brother, his marriage to a famous model, his relentless pursuit by a determined federal agent and his inner demons that sway between his drive for success and the immorality of what he does.
Written by
[email protected]
User Reviews: I was really surprised that Hollywood was able to tackle a huge moral morass like the black market arms trade and leave the moral issues in the audience’s lap. Yuri (played by Nicholas Cage) goes to work in a particularly ugly world. When he says that he’s had a bad day at the office, you can be pretty sure that someone has been shot or blown up. At any event, what I liked about this picture was that although Yuri obviously has some moral issues to wrestle with, he does so on his own terms, and we are left to figure out the rights and the wrongs. Since most movie-goers don’t like to leave a movie with food for thought, this picture may not play very broadly in theaters, but I hope it gets a good audience on video. I also though that Jared Leto was wonderful as Yuri’s tragically addicted and unhappy brother.