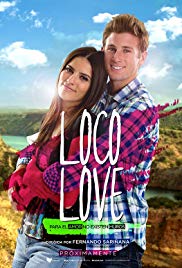 Storyline:
A young man and woman fall in love but are threatened to be torn apart by the tensions between their Latino and Caucasian communities in Arizona.
User Reviews: Different because it has Latinos in an integrated USA setting . Trying to find a movie like that is generally like trying to find Latinos in a U.S. history book , not easy. The setting is in Arizona where the young people go to a school that’s dominated by Latinos and Caucasians , that’s what the movie people refer to them as. A girl and boy from each group are attracted to each other. Maybe that’s the way it is Arizona but the schools in my California area do not have many Caucasians (?) so the setting looks unusual. The teen girl main character strings along two guys , is immoral and talks back to her father,really lost interest in the movie fast . The portrayal of both groups is negative ,viewing is not recommended but maybe this is considered modern day entertainment and the Mexican producers were trying to fit in.

Storyline:Bertrand Morane's burial is attended by all the women the forty-year-old engineer loved. We then flash back to Bertrand's life and love affairs, told by himself while writing an autobiographical novel. A fil...

Storyline:Months after Jesús (Juan Jesús Varela) set out on foot for the U.S. with a friend from their rural town in Guanajuato, Magdalena (Mercedes Hernandez) has lost contact with her beloved adolescent son. Determi...

Storyline:Three mountain bikers have a deadly encounter with some hunters on Blood Mountain.User Reviews:

Storyline:From his rock climbing days in the UK through to visionary ascents on the high peaks of the Himalaya and shares the remarkable and poignant life of one of the world's best-known mountaineers.User Reviews:

Storyline:A test subject at a memory transfer lab commits a crime he cannot rememberUser Reviews: I made the mistake of not watching the trailer before trying this one, based on the many good reviews. If you cut the d...