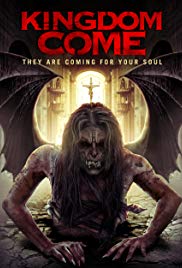 Storyline:
A group of strangers who wake up in what appears to be an abandoned building, unable to remember how they got there, find themselves haunted by strange visions and are forced to face all the wrongs they have done in their lives.
User Reviews: Sam Becker finds himself in an abandoned hospital-like building without knowing how he got there. He runs into Jessica Martin who also has the same problem. They find a little girl Ceilia Scott. Sam wakes up from a dream about him being in a car accident to find the group has grown with a bunch of people who also don’t remember how they got there. Each one is confronted with their past.

This is a horror indie. The setup is interesting but nothing too original. It’s an abandoned haunted house story. However, it’s not scary and it’s not dramatic. The characters aren’t interesting and neither are the actors. It actually gets quite boring. The jump scares aren’t scary. It’s not dramatic because none of the actors are interesting enough.