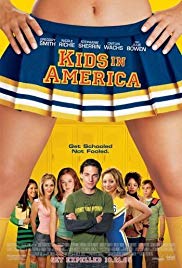 Storyline:
A diverse group of high school students band together to peacefully stick it to their overbearing principal.
User Reviews: KOA is worth a look by adults and mature teens, and it has a PG-13 rating for a reason. A rebellious young student gets expelled by his high school principal, and with his equally rebellious crew of misfit friends (which includes a drop-dead gorgeous cheerleader!) decides to seek revenge. The only problem is the pranks they pull grow increasingly dangerous, until … well, you will have to see it yourself. I would say show KOA to high school juniors and seniors, at the very least. It is an independent film, based on several real high school stories, with a cast of unknowns who do a decent, if not spectacular, job. We get to see the real students and hear abbreviated versions of their stories during the end credits. The outtakes are worth a look as well, but they incredibly raunchy, so beware if you have a young one in the house.