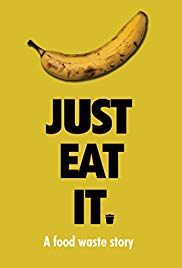 Storyline:
We all love food. As a society, we devour countless cooking shows, culinary magazines and foodie blogs. So how could we possibly be throwing nearly 50% of it in the trash? Filmmakers and food lovers Jen and Grant dive into the issue of waste from farm, through retail, all the way to the back of their own fridge. After catching a glimpse of the billions of dollars of good food that is tossed each year in North America, they pledge to quit grocery shopping and survive only on discarded food. What they find is truly shocking.
Written by
Anonymous
User Reviews: What is enlightening here is the terrible waste that Jenny Rustemeyer and Grant Baldwin uncovered as they went for six months living on only thrown-away vittles. Wow. Six months of dumpster diving and the like. They must have gotten very hungry and really bored with the food choices. But—no! Grant Baldwin gained about ten pounds and they had so much food that it was an embarrassment. True this was in Vancouver, British Columbia, Canada which is, relatively speaking, a very well-off place to live.

If that were the only point of the documentary it would not be so good. What makes this work is the research that Rustemeyer and Baldwin did about food waste in not only Canada but in the US, and the filming and interviews they did with other people in the food business. They report that it is estimated that 40% of the food grown in the United States is wasted. It is mostly thrown into landfills where it produces the greenhouse gas, methane, as well as creating an unsanitary mess. They also show that responsible farmers allow gleaning on their property so that unharvested food does not go to waste. Additionally of course farmers typically compost anything they can’t sell.

What I found most interesting was the part about how the expiration dates on food products are contributing massively to the waste. According to another source (treehugger.com) "Most consumers think that the dates on the food in their fridge say something about food safety. But most ‘sell by,’ ‘use by’ and ‘best by’ dates are intended to indicate freshness, and say nothing about when food may spoil." So, because of the confusion in the minds of most people food retailers find it best to remove food that is past the expiration date on the package from their shelves. What to do with it? As we see in this documentary often what they do is just throw it out. That’s often the easiest course for the retailer. Thus Rustemeyer and Baldwin in their dumpster travels come upon a very large dumpster (as big as a swimming pool, Baldwin remarks) full of hundreds of hummus packages all perfectly good to eat. The shot is arresting: it looks like you could swim among the packages there are so many of them! Another problem for the retailer that results in throwing away perfectly edible food is the sense that if it doesn’t look good nobody will buy. Ugly fruits and veggies are removed from sight and again end up most often in the dumpster. (Old hippy dumpster divers know this!) I would observe that many food producers are vehemently opposed to GMO labeling but are very accommodating with the "use by" labeling. Why? Well, if the retailer has to throw out the food they will probably have to buy more, which would be good for the producer’s bottom line. GMO labelingnot so good since people might not buy their product.

In addition to the fine editing, excellent camera work and the well-researched presentation of this Indie documentary there is the pleasure of seeing people who really care about the environment and about the waste.

Storyline:Ushijima runs Kaukau Fiance, a black market lending agency which scourges its clients with interest rates as high as 50% for 10 days. Ushijima chases down his debtors, who normally come from the bottom of so...

Storyline:Tanya returns to the scene of the crime to rid herself of nightmares of the horror that occurred three years earlier.User Reviews:

Storyline:To send humanity to a distant galaxy, the mysterious CEO of The Fuller Corporation must develop a cutting-edge computer-brain interface to keep his hibernating colonizers safe and sane for a journey of unkno...