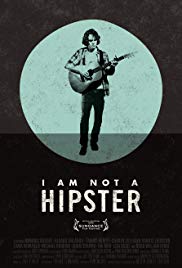 Storyline:
Based in San Diego’s indie music and art scene, exploring what it means to be creative in the face of tragedy.
User Reviews: I Am Not a Hipster (2012)

The steady, confident, photographically brilliant telling of a talented young grunge rock musician out of step with the world over the course of an eventful week in San Diego.

Here is low budget filmmaking at its serious best. There is no attempt here to be outrageous or experimental, nor is there that common tendency to emphasize the ultra-ordinary. The leading character, as a young man struggling to find personal meaning for his life, is compelling and complex. He has clear abilities as a singer songwriter (and actor Dominic Bogart plays and sings all his scenes). He has a following, a successful debut record. But he has such disdain for the superficial–which naturally surrounds him completely in contemporary young America–he feels himself drowning.

Add the fact that his mother died two years earlier and his family is converging on San Diego to put her ashes to rest and you have a moment of crisis.

Things are writ small here. The characters are convincing, sometimes downright lovable types. The scenes tumble forward with a sweet inevitability. The hand-held camera-work is nothing if not planned and exacting in all its apparent looseness, which makes these seemingly spontaneous and normal situations aesthetically tight. You can feel while watching that this is a beautifully rendered story. The rendering–the visuals, the editing–is a huge part of its success.

As is Bogart’s striking performance. What an easy part to blow, by either underplaying it to the point of drabness or overplaying it in a million ways. And Bogart finds a balance in his inner malaise to be tormented without excess, to be someone we identify with, which is key even if we aren’t going to be rock stars.

The hard part to watching this movie is finding it. I saw it at a film festival (the terrific Woodstock Film Festival) and two of the actors talked briefly afterwards, reminding us how down to earth the production was, shot in 19 days on a small budget with mostly available light and apparently with a RED digital camera. It reminds me of how Hollywood used to crank out movies in a week or two routinely, and how a handful of those really clicked just through a combination of good story, good crew, good cast.

And good director. Destin Cretton (who also wrote the story) pulls it off beautifully. If this scene and this style are at all up your alley, I say this movie is highly recommended, not to be missed.