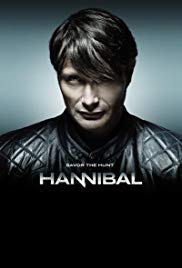 Storyline:
Will Graham is a special consultant with the FBI. He has a special gift whereby he can empathize with any individual and put himself in their shoes. This means he gets to help solve vicious murders, especially those involving serial killers, as he can profile the murderer – their method, motives and personality profile. For a particular case, the FBI also seek the help of Dr. Hannibal Lecter, a highly-respected psychiatrist. Will and Hannibal hit it off, and Will becomes a patient of Hannibal. Little does he know or suspect that Hannibal might be the most wanted serial killer in the US.
Written by
grantss
User Reviews: Having seen the films based on Thomas Harris’ novels, I couldn’t for the life of me imagine an actor other than Anthony Hopkins for the role of Hannibal Lecter (although I had seen – and liked – Brian Cox’ take on the character in Michael Mann’s ‘Manhunter’ which was released before ‘The Silence of the Lambs’). Apart from that, I didn’t see the point in retelling a story that had already been told very well on film and with outstanding actors. For those reasons, I deprived myself of the pleasure of watching ‘Hannibal’ until the second season of the show started – but boy: am I glad I finally got over myself and did start!

To those who haven’t watched it for the same reasons I didn’t I can only say: knowing the storyline from the films (or the books) doesn’t spoil this in the least; the writers cleverly play with your expectations and they have taken enough liberties that you can never tell what is going to happen. And Mads Mikkelsen makes for a terrific Hannibal. The cat and mouse play between him and Hugh Dancy’s Will Graham is a thrilling joy to watch; the conversations between the two are an example of surgically precise writing where every word counts and could – literally be a concealed weapon (the writing in general is top notch, especially the dialogues).

Visually, this series is unlike anything I’ve ever seen; the opulence of the images seems to be directly inspired by the aesthetic of oil paintings; whenever food is served or you see the interior of Hannibal’s mansion you’re reminded of still lives from the Dutch Baroque; certain dreams, visions and hallucinations even recall the works of Hieronymus Bosch. Don’t get me wrong: first and foremost this is a gory crime show about an exceptionally well educated and highly intelligent serial killer (and not some "art show") albeit one with a very unique look.

My verdict: ‘Hannibal’ offers gory thrills along with amazing images, fascinating characters and an outstanding cast. Perhaps the most visual and visually daring crime show ever. 9 stars out of 10.