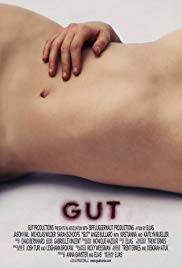 Storyline:
Something is missing in Tom’s life. Every day he goes through the motions, becoming increasingly detached from those around him. His best friend Dan thinks he has the answer, a mysterious video he’s got to see to believe. What Dan shows him leaves Tom unsettled, flooding his mind with disturbing images and desires, and binding the two friends together with its ugly secret. As he tries desperately to forget what he saw, Tom’s mounting feelings of guilt and disillusionment quickly give way to paranoia and fear. One video soon follows another and another, blurring the line between reality and voyeuristic fascination, and threatening to dismantle everything around them.
Written by
Gut Productions
User Reviews: Anyone who is ever seen a horror movie before will figure out right away what it is they’re about to sit through another hour of dreadfully dull 2-dimensional characterization and seen-it-a-million-times-before filmmaking to find out. This could’ve been a 20 minute short film, and still wouldn’t have been a terribly interesting one at that. I’m not sure how this even so release, and I am positive that the glowing reviews are fakes by people connected with this film, because there is absolutely no way an objective human being Who was familiar with the horror genre at all could lavish praise on this. This film doesn’t even try to be good. The filmmakers had one unoriginal idea, and they thought that all they had to do was put that idea on screen and that would take place of plot, narration, character development, Robert themes or any deeper meaning at all, not to mention that this is the single least gory "torture porn" film ever, with a total of maybe two minutes of exceptionally tame blood & guts, so it doesn’t even work if that’s what you’re into. So instead, we get a feature length view of barely-developed characters walk a treadmill to a conclusion that we can see already from near the beginning of the movie. This film makes "Paranormal Activity" look as action-packed as a Michael Bay film, as well-crafted as Hitchcock, and as intellectually challenging as Tarkovsky.

Look, if a couple of high school kids up the block made this movie, I would congratulate them for doing a great job for a student film (although it wouldn’t really be *that* great a job, even for students.) But as a film that got real attention and supposed awards and wound up on a major streaming site that I pay money for? No fargin’ way.