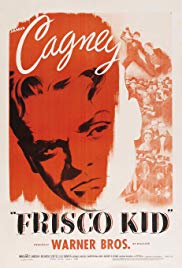 Storyline:
Bat Morgan is nearly shanghaied on his way to the gold fields of California. Instead he kills Shanghai Duck and becomes a hero in San Francisco’s Barbary Coast. He winds up the rich owner of a saloon and gambling hall and is nearly lynched for a murder he didn’t commit.
Written by
Ed Stephan <[email protected]>
User Reviews: Mediocre Warner Bros. period piece which goes off to a good start, but is hampered by a predictable narrative, an unfocused storyline and a lack of exciting moments, not to mention Jimmy’s terrible hairdo in the later stages.

The picturesque Barbary Coast setting is a plus, though, and this one’s the first movie I’ve seen, that features a lynch mob whose anger you actually understand (though the people are portrayed just as sheepishly dumb as always.)

Not Cagney’s best hour, to be sure.