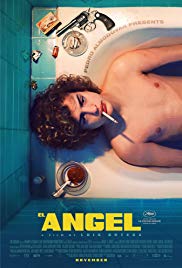 Storyline:
Carlitos is a seventeen-year-old youth with movie star swagger, blond curls and a baby face. As a young boy, he coveted other people’s things, but it wasn’t until his early adolescence that his true calling–to be a thief–manifested itself. When he meets Ramon at his new school, Carlitos is immediately drawn to him and starts showing off to get his attention. Together they will embark on a journey of discoveries, love and crime. Killing is just a random offshoot of the violence, which continues to escalate until Carlitos is finally apprehended. Because of his angelic appearance, the press dubs Carlitos “The Angel of Death.” Showered with attention because of his beauty, he becomes an overnight celebrity. Altogether, he is believed to have committed over forty thefts and eleven homicides. Today, after more than forty-six years in jail, Carlos Robledo Puch is the longest- serving prisoner in the history of Argentina.
Written by
Dane
User Reviews: The pacing, the acting, the writing, the direction, everything: amazing. An Argentine masterpiece I recommend you all to go watch it. I don’t want to rise expectations too high, but ‘The Angel’ is my favorite film of the year so far.

Storyline:Set during the Heian Period, Kyo is a beautiful city that is proud of its glory. Two beautiful onmyouji meet, and the sad and short-lived beautiful cherry blossom starts to stir after 1000 years.User Reviews:

Storyline:In the Smug art world, innocence perishes. This is the discovery experienced firsthands by Penelope, a young woman who, after embarking on a series of insignificant relationships, arrives at a field of new e...