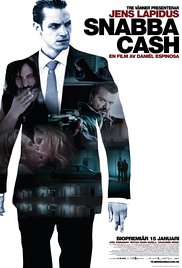 Storyline:
When JW becomes a drug runner in order to maintain his double life, his fate becomes tied to two other men: Jorge, a fugitive on the run from both the Serbian mafia and the police, and mafia enforcer Mrado, who is on the hunt for Jorge.
User Reviews: What I really liked about this movie is that no matter where the characters were from, they had actors from that country playing them. This is how it should be done for all films. Many times in Hollywood movies, we see an English-speaking actor playing a foreign character and you can hear an accent. Hollywood thinks they can get away with it because the Americans won’t notice. This may be true but this alone is worth 1 point out of 10. If I am watching some Serbians talking among themselves, I want it to be as real as possible. Only a Serb knows how to talk like a Serb and only a German knows how to talk like a German. And the same goes vice- versa, only an American should play an American. And that’s what this movie has. It has actors that play characters from their homeland.

This film teaches you how quickly life can turn the other cheek, especially in the crime world. The innocence portrayed by our lead character JW, played by Joel Kinnaman takes you right into this. He gets himself involved in a world where he naturally doesn’t belong by making an important decision at the beginning of the film. The movie takes you through all of his emotions as he learns more and more about this new world.

Storyline:In Talbot, Ohio, a father's need for surgeries puts the family in a financial bind. His son Vince, an electrician, overhears a man talking about making a fortune in just a day. When the man overdoses on drug...

Storyline:Alvaro and his friends try to scam a Dominican crime lord in order to pay off a debt to a Russian mobster.User Reviews:

Storyline:Set in ancient China, Zeng Jing is a skilled assassin who finds herself in possession of a mystical Buddhist monk's remains. She begins a quest to return the remains to its rightful resting place, and thus p...