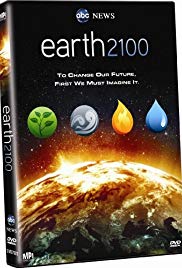 Storyline:
Follows the account of Lucy, who is born into a society where people are desperate for natural resources, while the global temperature and population are highly increasing.
User Reviews: This film was made in 2010 but great to watch now. It presents a fictionalized worst-case scenario thru the eyes of "Lucy" who is born in 2009 and by 2100 is the oldest person alive in a dystopian world. Topics covered are peak oil (it gets wrong due to fracking), drought (it pretty much nails), heat-waves (accurate), the flooding of NYC and migrants (eerily prescient) and a host of other issues still too soon to determine such as tropical diseases popping up in temperate zones, sea-level rise, the arctic methane burp, melting of Greenland. The film is US-centric, so might be frustrating for people in other countries who are tired of seeing us place ourselves at the forefront all the time. But it does mention China, India and Mexico among others — trying to show the global extent of the problems. The film also features impressive experts such as E.O. Wilson and Jared Diamond. The greatest weakness of this chilling and very important warning message is in the "solutions" presented at the end. Like most, it suggests using compact florescent bulbs and everyone just trying harder instead of specific policy, tax and economic reforms that would put in place the incentives and policy machinery needed for sustainable economic systems. In that regard, we could badly use a sequel/remake/revisiting of this crucial topic.

Storyline:It's graduation weekend, and Sandy Channing, the popular class president of her small-town high school, should be enjoying the time of her life. But when her friends start disappearing, Sandy discovers they ...