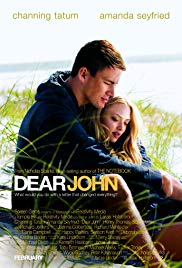 Storyline:
South Carolina US Army Special operations soldier John is on summer leave from his German base, visiting his widowed father. Being gallant on the pier, he befriends college student Savannah, a college student, and her buddies, a terminal father and his angelic son. John falls in love with Savannah, who diagnoses his beloved, gentle but weird father as mildly autistic. He plans not to sign up again, but 9/11 changes that, and she won’t wait idly while their friends desperately need help.
Written by
KGF Vissers
User Reviews: Not having read anything about the film (or book) beforehand, I went into the cinema with no expectations, (though I was worried it might be a soppy, pull-at-the-heartstrings epic like The Notebook).

This wasn’t the case. There were so many times when I thought ‘Oh, I hope this doesn’t happen’, or ‘I hope they don’t do what I think they’re going to do’, and they didn’t. There are moments of sadness, but some of them could have been made a lot worse.

The story isn’t unique, (neither is The Notebook) but it is executed in a way that makes you feel as though you’re watching something new. Channing Tatum is the lovable beefcake reminiscent of Marky Mark, and Amanda Seyfried is cute, delivering well executed dialogue. And I did actually think they had good chemistry, despite what other reviewers have said. Channing’s John is an army boy who had a lot of issues growing up, so you can’t expect him to be overly forthcoming with his emotions.

Richard Jenkins gives a great performance as the father, and even Henry Thomas is likable as the neighbour (I must be the only person in the world who hasn’t seen E.T. so I didn’t recognize the name at first).

To me, this was acted out a lot better (and even structured better) than Twilight: New Moon, which I assume is meant to appeal to the same audience. I know to some that isn’t saying much, but perhaps our expectations are a bit high these days. If you want to see a sweet love story with likable characters, then you might just enjoy this film.