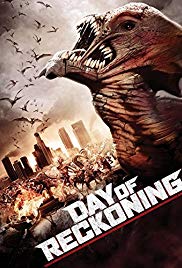 Storyline:
When the world was invaded by underground creatures that wanted to wipe out mankind from Earth, the post-apocalyptic survivors called The Day of Reckoning. Fifteen years later, people have the same signs indicating that a new attack is coming and they seek out shelter for protection. What will happen to mankind this time?
Written by
Claudio Carvalho, Rio de Janeiro, Brazil
User Reviews: Tells about 15 years ago, mysterious creatures emerged from the ground and wanted to kill all Mankind. A man tries to save his family from the destruction of the world.

I think this film is quite entertaining.