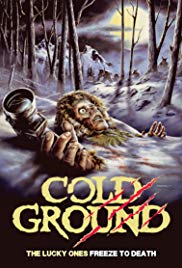 Storyline:
1976: Two young journalists leave for the French-Swiss border to investigate a strange case of cattle mutilations and record testimonies for a TV channel. Yet, once they get there, the scientific team they were supposed to meet has gone missing. Escorted by a first-aider, a British biologist and an American forensic investigator, Melissa and David will go looking for the missing team deep into the mountains.
Written by
Redwood Creek Films
User Reviews: French found-footage yetisquatchfoot flick. Maybe 50% English dialogue, 50% French (with English subtitles on the version I saw.) A cut above most of the dreck Amazon Prime offers for free. Not bad for what it is, but the imdb rating seems suspiciously high to me. Fairly engaging once it gets going. Subjective peeves: When characters who are discussing disease theories are supposed to be scientists, they ought to know the difference between a virus and bacteria (sadly, the ignorance of this difference amongst the general population is one of the reasons we have more and more antibiotic-resistant bacteria.) They also should know that alcohol is not one’s "best friend" in extreme cold, as it actually lowers body temperature. And if it’s so damned cold where they are that they’re concerned with hypothermia and frostbite, why does the female lead spend the majority of the time with no head covering and only a thin pair of knitted gloves? These may be trivial issues to some viewers, but they definitely lower my rating.

Storyline:Tensions rise in a southeast Washington, DC community following the deadly shooting of an unarmed black teenager at the hands of a white man. An impromptu television interview shortly after the shooting capt...