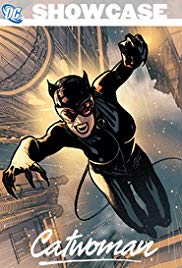 Storyline:
Catwoman attempts to track down a mysterious cargo shipment that is linked to a Gotham City crime boss called Rough Cut.
User Reviews: This DC showcase Catwoman short is dark, gritty and absolutely fantastic. Thank you Paul Dini once again, you are a master at your craft. I personally love this short and was totally impressed, I think I like it even more than the feature. I read a comment that this should be made into a Catwoman animated series and I for one would definitely watch that. I don’t no how this is rated in the 6’s on IMDb unless people are rating it a 1 because they expected something for little kids like Batman: Brave and the Bold. I actually think this is the best animated DC product since Batman: Under the Red Hood, and really hope they continue to make more in this style. Adult, Dark & Gritty, with some sweet action throughout (something Year One could’ve used a little bit more of in my opinion along with a new voice actor for Batman (sorry but Ben Mackensie from Dawson’s Creek just doesn’t cut it for me, personally if I couldn’t get Kevin Conroy, I would look into getting someone like Crispin Freeman to voice Batman). OK back on topic, I’m going to comment on what the previous reviewer said about DC comics and the Catwoman short being sexist (LOL), OH No they showed Catwoman stripping partly (no nudity) in a strip club. It’s rated PG-13, GET A LIFE. I swear you see a lot more degrading things watching Miley Cyrus or Lindsey Lohan.