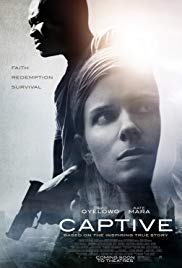 Storyline:
On March 11, 2005, Brian Nichols escapes from the Fulton County courthouse in Atlanta, during his trial involving a rape case. In the process of the escape he murders the judge presiding over his trial, Rowland Barnes, as well as court reporter Julie Brandau. He also shoots Sergeant Hoyt Teasley while escaping from the courthouse, and then later kills ICE Special Agent David G. Wilhelm, who was off-duty at his home. Nichols becomes the subject of a citywide manhunt. His frantic escape brings him to the apartment of Ashley Smith, a single mother and recovering methamphetamine addict, whom he holds hostage. Smith gets through the time by being inspired by Rick Warren’s best-selling book The Purpose Driven Life while Nichols searches for redemption. As she reads aloud, Smith and her would-be killer come to a crossroads..
User Reviews: I remember see this on the news as it unfolded. It was a shocking and an incredible story. I think many will find it controversial. This film was very good and it was fascinating to see how she got through to the killer.

Ashley, the main character and hostage, was able to reach a core of decency (I was surprised he even had it) inside a man who had cold-heartedly murdered 4 other people. At the same time, Ashley was able to not give up hope and grow spiritually and strengthen her resolve to trust God. I can’t imagine how she felt going this through this with her child.

Storyline:A retired priest hunted by his sins is pulled back into darkness when a friend begs him to help his possessed daughter.User Reviews:

Storyline:When the Vice President's plane goes down near a remote Pacific island, he is kidnapped by rebel forces and held for ransom. It is up to his female Secret Service agent and a press secretary to infiltrate th...

Storyline:Rachel, a security guard who harbors a fear of the dark, is sent on assignment to secure an abandoned medical rehab clinic. It's a place with a supernatural history, where people have mysteriously disappeare...