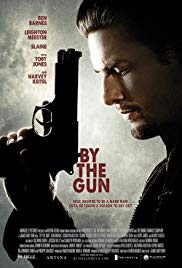 Storyline:
Nick Tortano is a smooth-talking, ambitious criminal from the streets of Boston. After years spent working for and idolizing the Italian gangsters he finally proves himself to the boss and becomes a made man. However, once inside, Nick conflicts with a moneymaker for the Mafia and begins to drive a wedge between him and Boss.
Written by
Anonymous
User Reviews: Set in Boston we meet Nick Tortano (Ben Barnes) he works for Salvatore Vitaglia (Harvey Keitel) in what is seen as the dying days of Sicilian mob rule with the new eastern Europeans taking over. Nick just wants to be a ‘made man’ and in doing so has become estranged to his father, but has a best bud in George (Slaine) who sort of gives him a leg up but he has more of a taste for wanton killing than does Nick.

Throw into the mix a little illicit gambling, the ubiquitous lap dancing club and a stereotype Mafiosi or two and you have the general ingredients for a decent film. But this has all the pieces in the wrong place, the slow burn lacks any menace to keep you interested and when the violence does come it is so rushed that you could almost miss it. There is no exploration of the new wave of gangsters or the police doing a single thing which is a bit odd but would have added something to an otherwise stagily linear narrative.

No-one was dusting off the awards cabinet for this one either, but Slaine was good and Keitel can do no wrong. Barnes as a lead was just too nice to be convincing, but did a fair fist of it. This is one that is probably OK for a rental with some beers, as indeed I did, but it is no way going to be a keeper. If you love all things mob related then it is probably worth a go, but do not expect to be blown away.