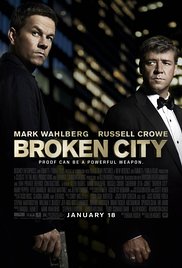 Storyline:
In New York City, detective Billy Taggart goes to court for the murder of the rapist Mikey Tavarez, but the Mayor Nicholas Hostetler and the Chief of Police Carl Fairbanks vanish with important evidence and Billy is declared not guilty by the judge; however, he leaves the police department. Seven years later, Billy is a private detective and lives with his girlfriend Natalie Barrow, who is an aspiring actress and the sister of Mikey’s victim. His secretary Katy Bradshaw (Alona Tal) is trying to collect part of the debts to save their business. In the week of the elections, Hostetler summons Billy and offers $25,000 to investigate his wife, Cathleen Hostetler, whom he believes is having a love affair. Billy discovers that Cathleen is meeting Paul Andrews, who is the coordinator of the campaign of Jack Valliant, the opponent of Hostetler and favorite in the election. When Paul is found dead on the street, Billy finds that he had been double-crossed by Hostetler and he decides to …
Written by
Claudio Carvalho, Rio de Janeiro, Brazil
User Reviews: Broken City is not an unwatchable movie, but it’s not a great movie either. A standard, run-of- the-mill political thriller about corrupt politicians and the private eye caught in the middle of it all, is elevated by the turns of Mark Wahlberg and Russell Crowe, but the script itself is bland and a little too on the nose for it to ever be believable or emotionally involving. When a character is flat-out telling you everything about their backstory, rather than letting you piece it together through visuals and subtext, that’s when you know the script doesn’t always work. Even still, there are good moments to be found here and there, but there’s nothing about this movie that’s any different than any similar movie ever released, and most of those do everything a lot better. Want my advice, watch Serpico or All the President’s Men instead.