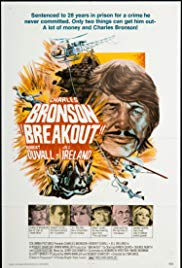 Storyline:
Jay Wagner is framed by the mob and sent to prison in Mexico. His wife, Ann tries to get him out. She then turns to bush pilot Nick Colton for help. And Colton is all to eager to do it. But the men who framed Jay will do what they have to make sure he doesn’t escape.
Written by
[email protected]
User Reviews: Charles as Nick plays the character of Victor(Vic). Typically the movie doesn’t follow the actual story so accurately. If you want the real story, Vic is still alive and well into his 80’s. I haven’t seen him in a few months but, he truly was the first to break anyone out of prison using a helicopter. Leave me a message on here, i am sure he would enjoy telling you the real story as he seems to get a bit bored now and then sitting in his office for hours on end. Anytime you see a helicopter in a move breaking someone out of prison, well, this is where it all started. Knowing him as well as i do, i am certain he wouldn’t mind some conversation on the story, the movie, or anything for that matter.