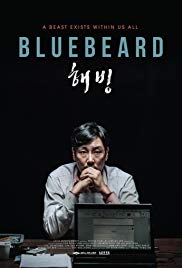 Storyline:
Dr. Seung-hoon sedates his landlord before medical check-up, when the old man begins telling him a convincing murder confession. Sometime later, a young woman’s severed head is discovered at a butcher shop run by his landlord’s son, and Seung-hoon begins to suspect that the landlord and his son are the serial killers.
Written by
Lotte Entertainment
User Reviews: First of all: you will get your dose of Asian thriller which is what you are probably here for. However it’s not a masterpiece or modern classic, but feels more like an "okay" smaller movie.

The reasons why it’s not completely convincing or satisfiying have to do with the fact that it first tells one story and then a completely different story where some of the variables and personalities are changed completely. But the truth is again a little different.

This is not convincing not only because of lack of resolution but because there are no clues that could make one guess at anything beforehand or even looking back, but the stories are just told completely differently, which is kind of lazy and a cheap trick.

And all throughout the protagonist doesn’t behave very reasonably, which is kind of a standard horror trope: all could have been prevented or at least been much easier if he had called the police right away (after the confession of the old man under unaesthesia or even later). Go figure. There are many stories that work that way, making one almost wonder if it’s a deliberate, cheesy schtick… Certainly in some cases, however not in this one.

In this way, the story is deliberately bereft of some intelligence and self-awareness only to keep one guessing pointlessly and to keep the plot moving.