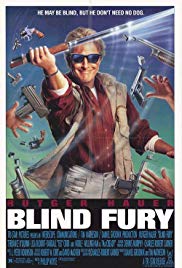 Storyline:
Nick Parker was a Vietnam vet who was blinded during the war. He was found by one of the local tribes, who taught him to enhance his remaining senses and to expertly wield a sword. On his return to the United States, he goes to visit an old Army buddy, Frank Devereaux, but discovers that he and his wife are divorced, and Frank no longer lives there. What they don’t know is that Devereaux was playing in a crooked casino in Reno and accumulated a large debt. The casino boss is willing to forgive his debt if he does something for him: Devereaux is a chemist, and they want him to make designer drugs. In order to make sure he does it, they try to kidnap his son. But Nick is there, and Nick saves the boy. Thus begins a road trip to Vegas to protect the boy and save his friend, with the boss’ henchmen in pursuit.
Written by
<[email protected]>
User Reviews: The setting is Vietnam, the year is 1969. Amid the explosive violence and the frenzied chaos, America begins to withdraw its troops from the Vietnam conflict. Two soldiers and long time buddies, Nick Parker (Rutger Hauer) and Frank Devereaux (Terry O’Quinn, star of THE STEPFATHER) are ready to go home.

However, the mission of utmost importance to take down the enemy has been bestowed upon the two volunteers. As the heroes begin to take their toll, Parker succumbs to the fiasco in Vietnam. He fights with all his might…but the devastation is simply too much for any one man to handle.

Without warning, Parker is blindsided by the enemy…and left for dead. Waking up several hours later, Parker realizes that he can no longer see; he is permanently blind. Suddenly, he has nowhere to go. He cannot see the lurid horrors of his fallen comrades. Parker is lucky to be alive… Now, hell-bent on getting out of this nightmare and returning home, Parker must find a way to survive in the jungles before the Vietcong arrive.

Without his ability to see, Parker must rely on his remaining senses to guide him out of dangerous perils.

BLIND FURY is a surprisingly serviceable action film. This flick is a fast-paced and fun adventure with raging fury. BLIND FURY contains impressively choreographed fighting sequences and a great, tongue-in-cheek sense of humor. There’s plenty of violence in this film to appease action fans, however, and the stunts and action sequences are certainly directed with flair. The comical tones also remind the audience that this film, though full of bellicose characteristics, is good natured and harmless.

As for the villains, Randall ‘Tex’ Cobb (UNCOMMON VALOR) is a nice addition as a wonderfully sinister, antagonistic philistine. Sho Kosugi also performs a dazzling, show-stealing act. He happens to be a professional assassin with a vendetta against Parker.

BLIND FURY is a commendable adventure with an unconventional hero. Exquisite sword-fighting, dynamite action, a likeable lead, and an amusing albeit subtle sense of humor all add up to an enjoyable experience. It is definitely better than your typical action fanfare with plenty of chances to root for the good guys! Cutting edge entertainment with good natured fun. Overall, a smoothly crafted film.