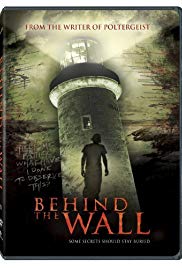 Storyline:
Maine coastal town Harrison Bay is broke, so deputy mayor Drew Cabot arranges a deal with a contractor to develop the abandoned lighthouse for tourism. Father Hendry fails to convince the town council to veto the project. He also invited, sneakily, Katelyn Parks, who was foster-raised out of state after her father Christopher was locked-up for her mother’s murder there. Once the basement is broken open, new bloodshed starts, and the horrible truth about the past is slowly unveiled.
Written by
KGF Vissers
User Reviews: This film was just…bland. I really enjoy sifting through under-the-radar horror films, and sometimes I find gems, but this time I found a decaying piece of driftwood. The plot was not only stock, but executed poorly; there was no suspense, there were no scares, and it was so predictable and cookie-cutter that I found myself quoting the next few lines before they were actually said several times.

Lindy Booth was nice to look at, as usual, but that’s literally the only good thing I can say about this film. The credits were the best part. Save yourself an hour and a half of your life and skip this one; you won’t regret it.

Storyline:Struggling with the guilt of her sister's accidental death, Clara soon begins to succumb to the same strange occurrences that have haunted her family for generations as she uncovers the unsettling truth abou...

Storyline:When Breen Nash accidentally kills his only client and meal ticket, he turns to an ancient herbal extract with the hope that it will resurrect both his client and his career, but soon learns this elixir brin...